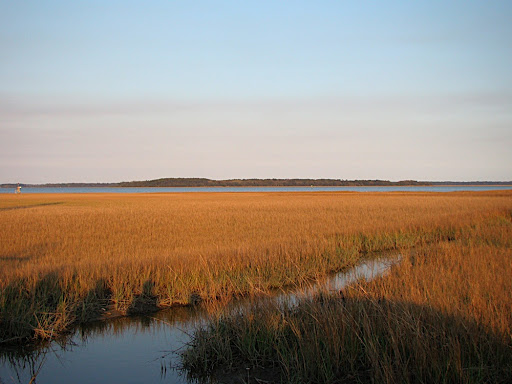 To compete with market forces, conservation organizations sometimes require the ready capital that is available to commercial developers. At the Foundation, we recognize this need and have provided short-term “bridge” loans (known as PRIs) to our land conservation partners, allowing them to carry out their important work when extraordinary opportunities have arisen.

The Foundation’s most recent loans were made to two long-term partners, one based in the Chicago region, and the other based in the Lowcountry of South Carolina. Ultimately, both loans will be repaid from private donations and state and federal grants raised, over the term of the loans, by the conservation organizations.

In early 2014, the Foundation provided a $255,000, six-month bridge loan to the Shirley Heinze Land Trust, based in Porter County, Indiana, to facilitate the acquisition of an 80-acre parcel. With the loan, the Trust’s headquarters-based reserve more than doubled in size, from 70 to 150 acres. Also, the loan leveraged mitigation funds for the restoration of the combined 150 acre property, and generated additional momentum for the Trust’s fundraising campaign.

South Fenwick Island, located in the ACE Basin, is the last sizeable outer island rimming St. Helena Sound, which is under significant development threat. The entire area has been designated a National Estuarine Research Reserve and, as the drainage for the ACE Basin watershed, the Sound is considered to be the most pristine on the entire eastern seaboard. At 2014 year-end, the Foundation provided a $2.9 loan to The Nature Conservancy of South Carolina (TNC) to facilitate the acquisition of several parcels, encompassing approximately 400 acres.  TNC’s purchase of the property was the culmination of many years of coordinated efforts by multiple GDDF partners, all working toward landscape-scale conservation.